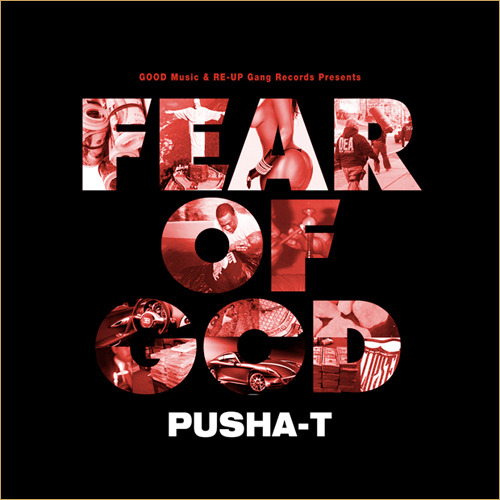 Fear of God is the debut mixtape from Pusha-T, as well as being the first release as a solo artist, after leaving Clipse. In 2010, Pusha-T signed onto Kanye West’s GOOD Music label and began appearing on some of Kanye’s songs, like “Runaway.” The first single he released from Fear of God was “My God”, which was released through the radio station Hot ’97 in February of 2011. About a month later, the full mixtape was released. Alongside Pusha-T, other artists appeared that would become frequent collaborators in the future, such as Kanye West, Ab-Liva, Rick Ross, and Pharrell Williams. In an interview with Pusha-T, he explained the inspiration for Fear of God. I came in the game with super producers. We made hit records. I never thought that it gets deeper. But not for nothin’. ‘09, I lost eight of my friends to incarceration. Everybody that I came into the rap game with, and when I realized this, the components weren’t there anymore. The fear of god really came over me. It’s full of the dichotomy of right and wrong, and good and evil. A lot of it deals with greed. A lot of it deals with instant gratification. Later that year, he released a sequel to this mixtape, Fear of God II: Let Us Pray. This was his first EP, and featured some of the same songs from Fear of God, while adding and removing a few others as well.
Distribution of songs on Fear of God by producer
Songs