The Documentary 2 - The Game 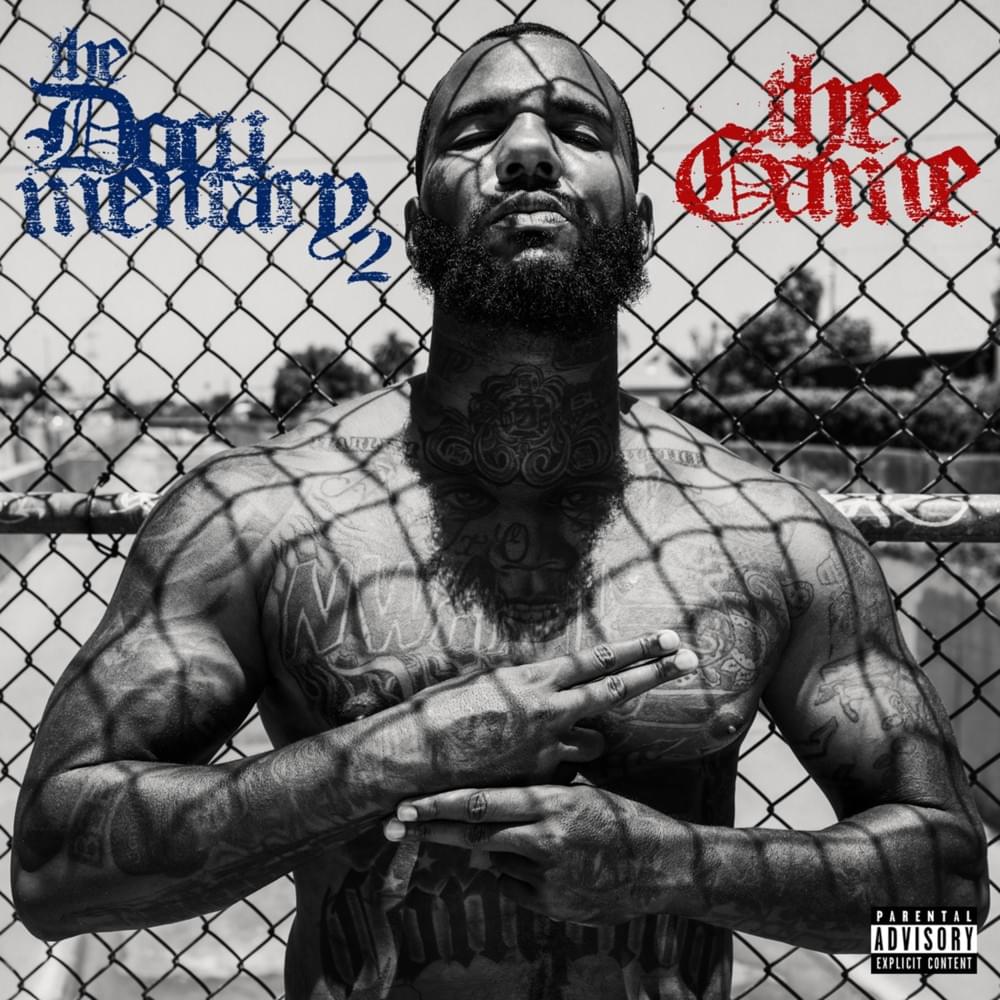 The Documentary 2 is the sixth studio album by The Game, released through Blood Money Entertainment and eOne Music. It is a sequel to his debut album, The Documentary, which came out ten years before. This is a double disc release, with The Documentary 2.5 launched a week later. Features and producers include Kanye West, Dr. Dre, Ice Cube, Drake, Kendrick Lamar, and even Skrillex. The promotion for the record was high-profile, with Diddy telling The Game via Twitter: “This is your best album and anyone who listens will say the same fucking thing” Dr. Dre stated that it is the best album in 5 years, and Pitchfork gave it 7.2/10. Game went on a large press run for the record, saying that this is his first independent release, and he was “adding to his legacy.” The only single from the record is “100,” featuring Drake. It has sold over 250,000hard-copies (not including streaming), and reached number 2 on the Billboard 200.
Distribution of songs on The Documentary 2 by producer
Songs