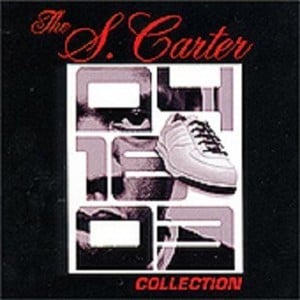 This was Jay-Z’s first official mixtape, released in conjunction with his S. Carter sneaker collection. The mixtape came packaged with the box of the first run of Reebok “S. Carter I” in April 2003. This mixtape acted as a stop-gap release before Jay dropped The Black Album in November that year. The project saw him rapping over a variety of beats, including ones from 50 Cent, Pharrell Williams and even Michael Jackson. He even freestyles over “Young Gifted & Black,” the 1989 track from Big Daddy Kane – Jay’s once-mentor. This wouldn’t be officially released until 2010’s Jay-Z: The Hits Collection, Volume One. The S. Carter Collection also featured the future singles “Beware of the Boys,” and “La-La-La (Excuse Me Miss Again,” which received a video. Hov also used the mixtape to shine light on a few original tracks. “You’re Only A Customer” was first featured on the Streets is Watching Soundtrack in 1997; 1999’s “This Life Forever” from the Black Gangster soundtrack, and 1998’s “It’s Like That” from Vol 2… Hard Knock Life. A year later in May 2004 he released the “S. Carter II” and his second mixtape, the Lenny Santiago and Just Blaze-helmed S. Carter: The Re-Mix.
Distribution of songs on The S. Carter Collection by producer
Songs