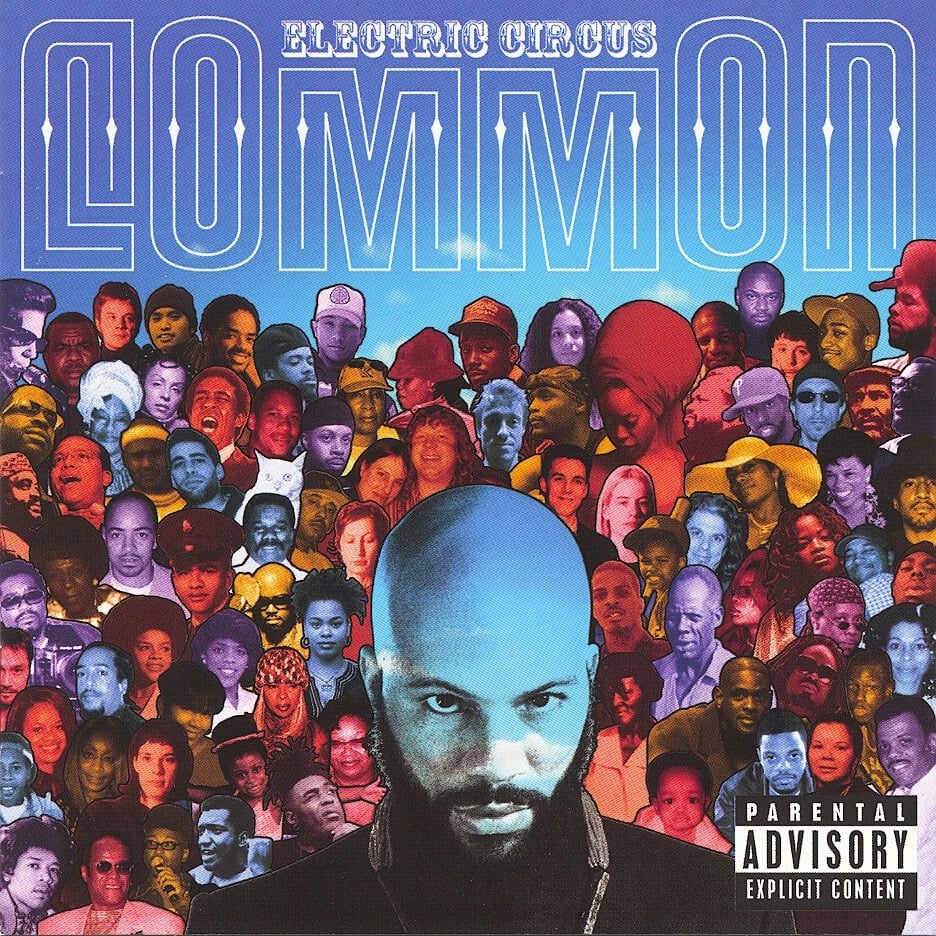 Common’s Electric Circus was a departure from his previous work as he was inspired by Jimi Hendrix and Pink Floyd to mix his hip-hop with rock, pop, and electronic elements. This change caused a critical divide with some praising Common for thinking outside the box, while others felt the sound deviated too far from his core. Some attribute the change to his relationship with neo soul singer Erykah Badu at this time. The album features a host of guest appearances, including Prince, Jill Scott, CeeLo Green, Bilal, and words from Lonnie ‘Pops’ Lynn among others. The album’s lone single was “Come Close,” which features Mary J. Blige and was produced by The Neptunes. A remix of “Come Close” was later produced by J Dilla and James Poyser, tweaking the beat from A Tribe Called Quest’s “Bonita Applebum” while Q-Tip, Pharrell Williams, and Erykah Badu join Common on the mic. The style of the album cover appears to be a mixture of the album covers for The Beatles‘ Sgt. Pepper’s Lonely Hearts Club Band and A Tribe Called Quest’s Midnight Marauders.
Distribution of songs on Electric Circus by producer
Songs