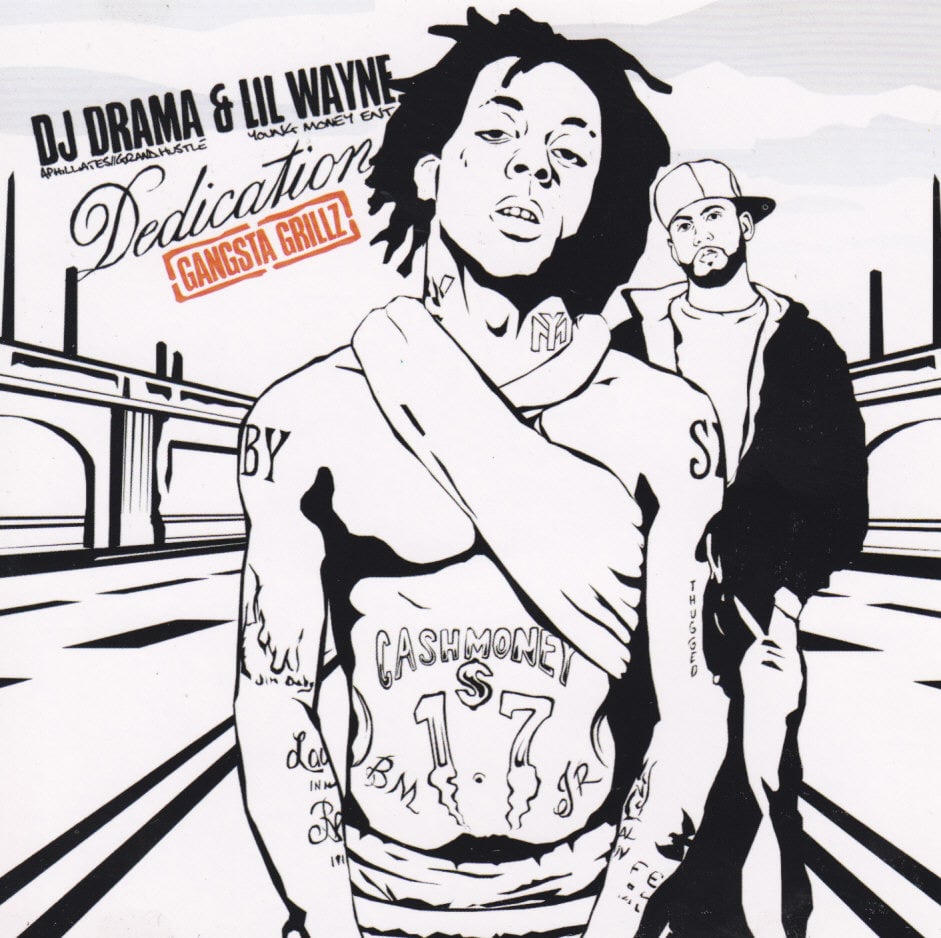 The Dedication is a mixtape by DJ Drama and Lil Wayne released December 13, 2005. It is the first mixtape in the Dedication/Gangsta Grillz Tetralogy and it was produced and hosted by DJ Drama. The mixtape was given its name because as Wayne explains in the track “Intro”, it is dedicated to everyone around the world and to the “fallen soldiers”. The mixtape currently holds a rating of 5 stars (based on over 500 ratings) on DatPiff and has generated over 200,000 downloads. The mixtape has been described as “Inspirational” and “A Classic” among Wayne fans.
Distribution of songs on The Dedication by producer
Songs