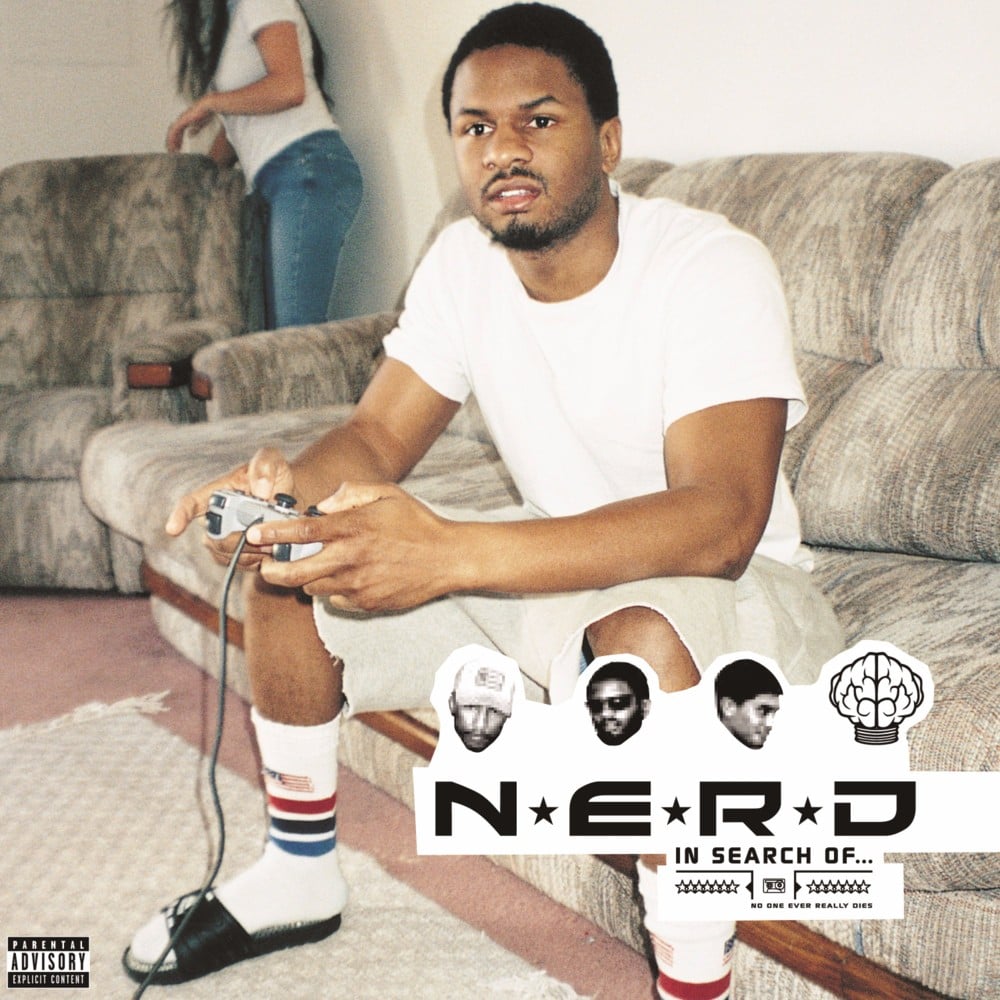 After producing a number of hip-hop, R&B and pop hits as The Neptunes, Pharrell Williams and Chad Hugo come together with their friend Shay Haley to form the alternative rap/rock group N.E.R.D. and release their debut album, In Search Of… The title is named after the investigation show In Search of…, hosted by Star Trek actor Leonard Nimoy. Initially, the album was released in Europe on August 6, 2001, and featured The Neptunes' signature electronic-based production. However, the album was re-recorded with live instruments played by the group Spymob and re-released internationally on March 12, 2002. The album featured the singles “Lapdance”, “Rock Star”, and “Provider”, while featuring guest appearances from frequent Neptunes collaborators Kelis and Clipse. The album was generally well-received. It peaked at #56 on the Billboard 200 and #31 on the R&B/Hip-Hop Albums chart on its way to Gold status.
Distribution of songs on In Search Of... by producer
Songs