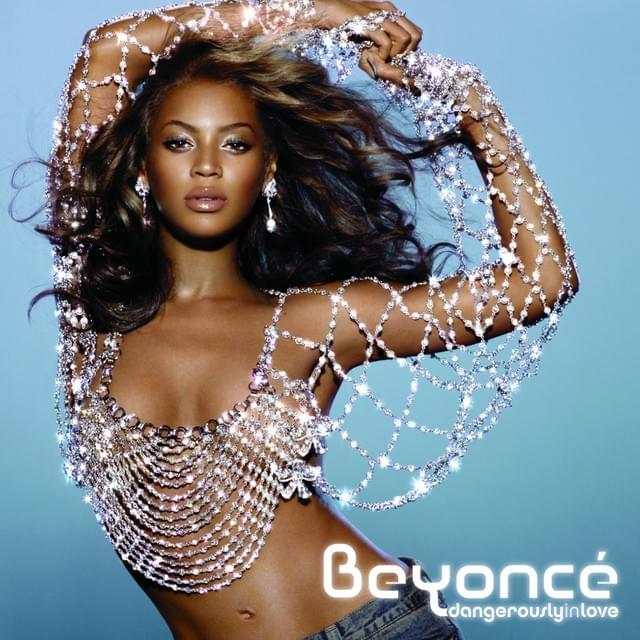 Serving as her debut album as a solo artist, 2003’s Dangerously in Love confirmed that Beyoncé would be one of the great pop and R&B icons of her generation. She handpicked all the collaborators and producers on the album, co-wrote and co-produced all but one track on the album (a cover, “The Closer I Get to You”) and was present for every stage of the production, a role she did not normally fill as the lead singer of pop supergroup Destiny’s Child. As noted on Wikipedia: Beyoncé felt that recording an album without her group mates was “liberating and therapeutic”, coming into the studio and freely expressing her ideas with her collaborators. The dependency she developed with Destiny’s Child, however, meant it was harder “to be on [her] own creatively”. Dangerously in Love was preceded by severely heavy promotion in the face of many obstacles. Knowles faced the challenges of her label’s disapproval of the progress of the project. While Columbia Records commissioned her to produce a solo project in 2001, her Destiny’s Child counterparts Michelle Williams and Kelly Rowland had already done so by 2002. She took her time with the album while appearing in the films Austin Powers in Goldmember and The Fighting Temptations. Originally slated for an October 2002 release, Dangerously in Love was held off because of the unexpected and continued success of Kelly’s duet with Nelly, “Dilemma”, and would take at least 3 more pushbacks afterwards as Rowland’s album and Michelle’s work garnered the focus of Columbia. Each time Knowles returned to the studio and produced more material, comprising 50 completed tracks by time’s end. The track that would become the title of the album, “Dangerously in Love 2”, is simply a remix of a 2001 Destiny’s Child song of the same name and wasn’t added until March 2003, because Beyoncé felt it represented the overall theme of the project. The album was then released 2 weeks early to counter bootlegged releases of mutiple tracks. “Sexy Lil' Thug”, A remix of 50 Cent’s “In Da Club” and Bey’s disco-channeling “Work It Out” from Austin Powers didn’t generate enough ‘buzz’ for the label to progress with the project. With all this, the future Queen Bey would find worldwide acclaim with the release of “Crazy in Love”, featuring not-so-secret boyfriend and rapper Jay-Z, as the lead single in April 2003. Finally released on June 22, 2003, Dangerously in Love debuted at number one on the Billboard, making Knowles an instant superstar. The debut album charted in 21 other regions, won 5 Grammy Awards, and has certifications from “Gold” to “Triple Platinum” in 22 different countries with 16,000,000 recognized sales. “Baby Boy”, “Me, Myself and I”, and “Naughty Girl” subsequently garnered record-scorching sucess and near universal critical acclaim. A star-studded pay-per-view debut concert, the Dangerously in Love Tour in Europe, and the Verizon Ladies First Tour with Alicia Keys and Missy Elliott, and appearances on Saturday Night Live, The Today Show, and The Late Show with David Letterman among others solidified a strong charting performance for the long-labored project and Beyonce’s power as a solo artist and live performer. As she later reflected, In 2003, I had my first solo album. But when I played it through for my record label, they told me I didn’t have one hit on my album. I guess they were kinda right…I had five.
Distribution of songs on Dangerously In Love by producer
Songs