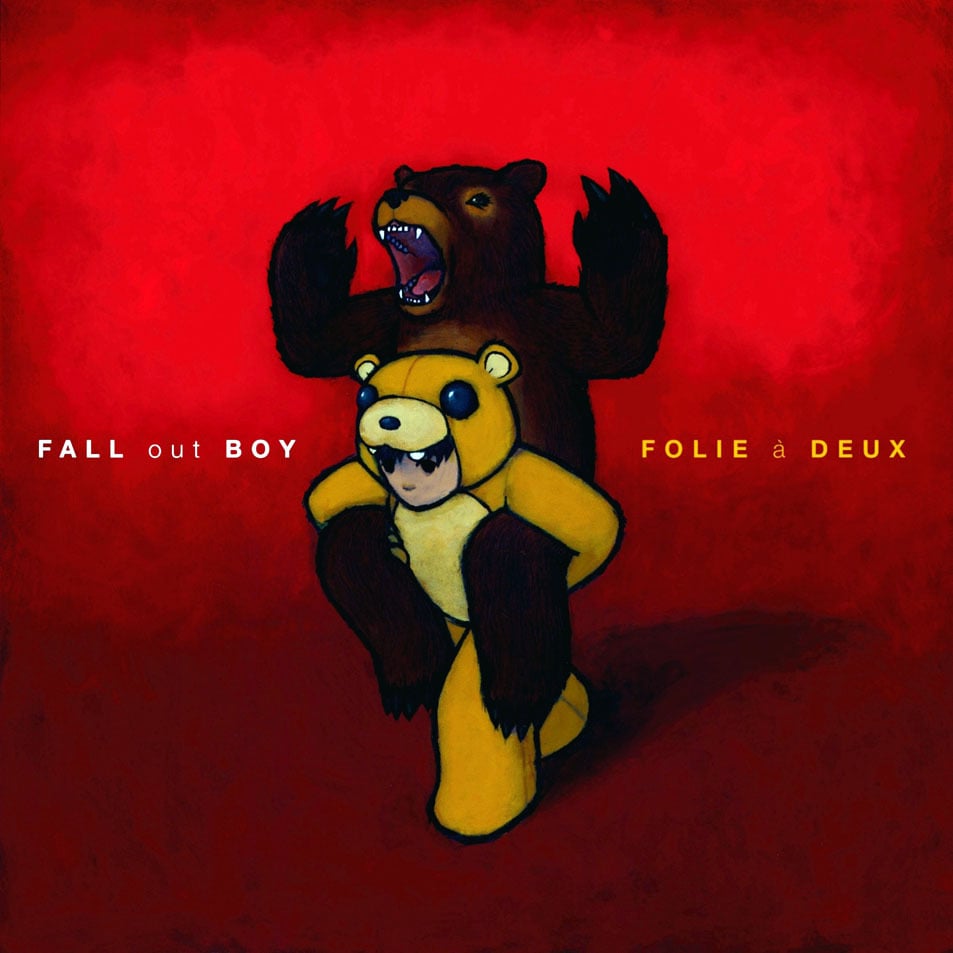 Released in 2008, Folie à Deux takes its name from a French phrase translated as “A Madness Shared by Two”. Guitarist Joe Trohman spoke of the title’s significance as a metaphor: It’s a psychiatric term for when crazy people get together and their out-of-control psyches enhance one another, and not always in positive ways. I think it describes the inner-workings of Fall Out Boy. When the four of us get together in a room, things get pretty insane. This was the fourth and final Fall Out Boy studio album released before the band’s 2009 hiatus, which lasted until their return in 2013. When promoting the album, a viral campaign was launched, centring around a fictional organisation named “Citizens For Our Betterment” (CFOB). A mixtape was later released in support of this, titled Welcome to the New Administration. Upon the release of Folie à Deux, the album received mixed reviews from fans despite critics praising its creativity and musical style. Three singles were officially released from the album, which has since been certified Gold – “I Don’t Care,” “America’s Suitehearts,” and “What a Catch, Donnie.” While previous Fall Out Boy lyrics were often autobiographical in nature, the focus for this album was turned outward towards the world. Thematically, many of bassist Pete Wentz’s lyrics have a political underpinning and draw inspiration from moral dilemmas, societal weaknesses and decaying relationships. He also delves into the concepts of infidelity, trust, responsibility and commitment. Through this, Stump says the album challenges the materialistic dance between any two parties obsessed with each other, whether it’s teenage girls and handbag makers, politicians and lobbyists or tabloids and stars. Numerous artists feature on the album, including Elvis Costello, Travis McCoy, and Brendon Urie who made cameos on the song “What a Catch, Donnie.” Wentz explained this was necessary for conveying the message of the album: More than anything, they serve the purpose of a character in a musical, where this character’s voice makes the most sense… Certain lines need to be conveyed in certain ways.
Distribution of songs on Folie à Deux by producer
Songs