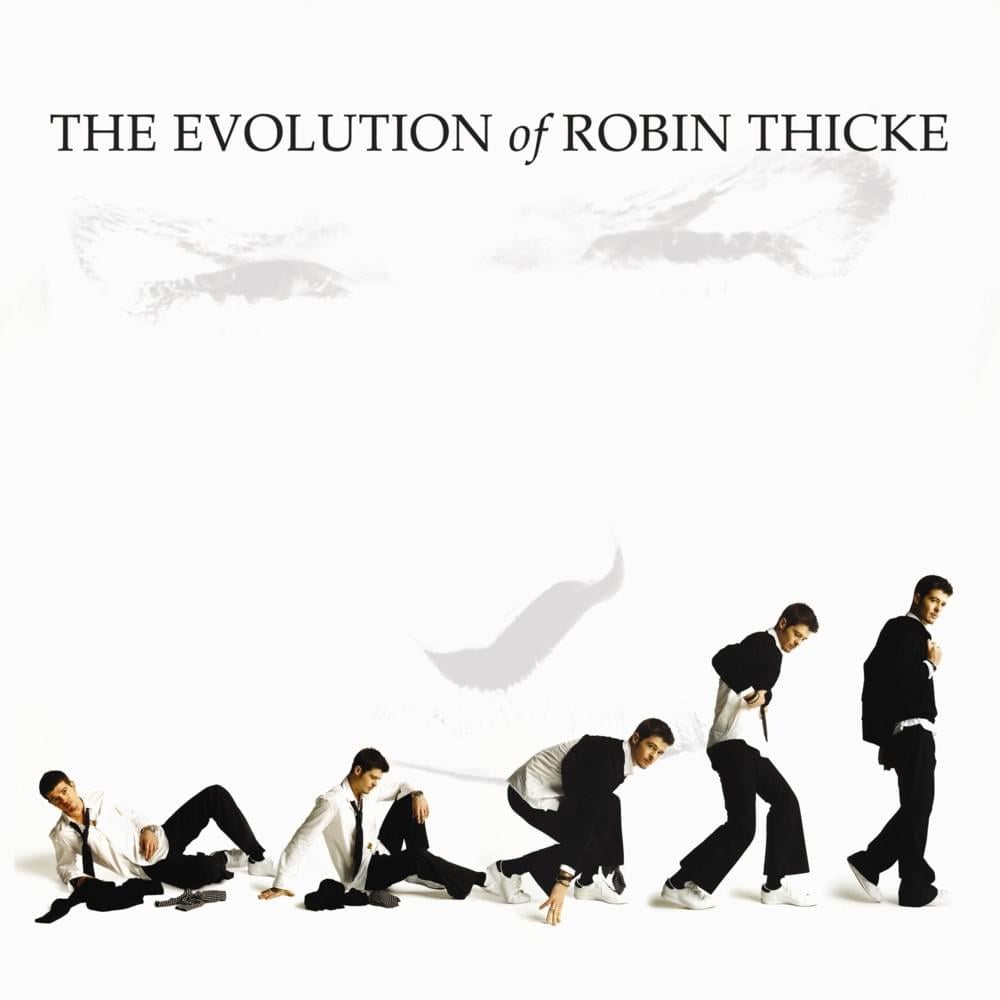 The Evolution of Robin Thicke is the second studio album by R&B singer-songwriter Robin Thicke. The album, released in 2006, was produced by Pharrell Williams, Chad Hugo, and Thicke himself. Released a second time in 2007 as a deluxe edition, the album spawned two commercially successful singles: “I Wanna Love You Girl” and “Lost Without U.” The album was written during an unusual time in Thicke’s life. Thicke, having recently married actress Paula Patton, constructed a very personal album with a multitude of themes. Songs relating to intoxicating love, painful insecurity, the Hollywood lifestyle (he is the son of beloved actor Alan Thicke), and discovering one’s place in the world litter the album. In an interview with Billboard in 2008, Thicke described his personal connection to the project: [The album is about] a guy who’s been stripped of everything. He doesn’t have any money and is about to lose his house. His wife is off becoming a movie star and everyone else is pretty much leaving him. All the cool friends I’d had stopped inviting me to parties. I was all alone at home writing songs on my piano about what I was feeling. Thus came ‘Complicated,’ ‘Can U Believe,’ ‘I Need Love,’ ‘2 the Sky’ and ‘Angels.’ All these songs were about brokenhearted loneliness and hopelessness; trying to still believe in myself. Recorded at the nascence of his solo career, the album’s sonic intimacy may come as a shock to those who only know Thicke from his subsequent pop successes. Regardless of how one encounters Evolution, however, the album is sure to provide moments of groovy Neptunes pop, Gaye-inspired soul, and Thicke’s unique “brokenhearted loneliness.”
Distribution of songs on The Evolution of Robin Thicke by producer
Songs