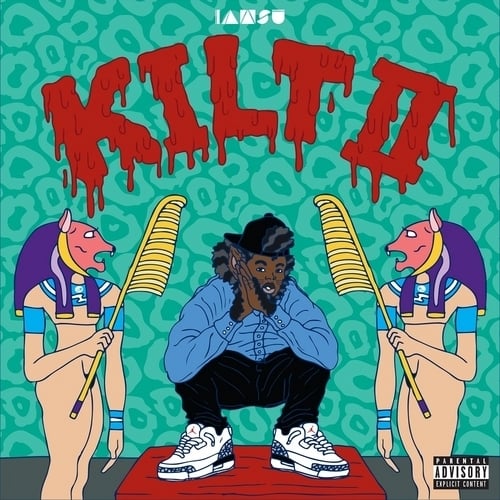 Kilt II is IamSu!’s fifth mixtape which he released independently on June 6, 2013. Su! worked closely on the production of this project alongside other members of The Invasion, like Trackademicks and Tha Bizness. In an interview with Paul Martinez, IamSu! explains incorporating live instrumentation on this mixtape: It is more musical than anything I’ve done before. I played instruments on here. I experimented with vocoder. I composed most of the music and worked with a lot of talented musicians. I tried a lot of new sounds. Kilt II overall had positive critical reception – a prime example being a review by Fader: [Su’s] laid-back delivery is definitely appealing, but it’s the sticky, moody production touches like distant, eerie synth sparkles, from Invasion member P-Lo, or swelling strings—that make Kilt II so fun and absorbing.
Distribution of songs on Kilt 2 by producer
Songs