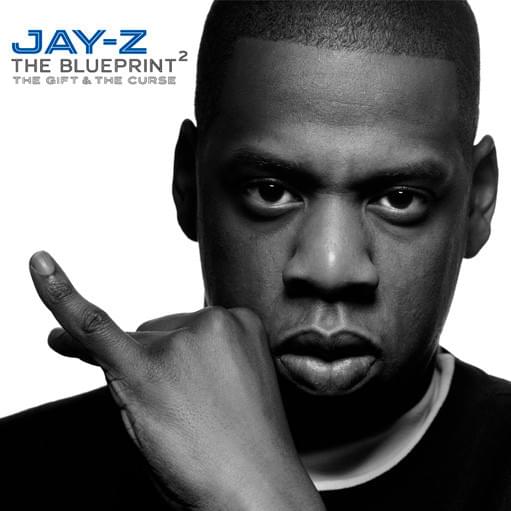 The Blueprint²: The Gift & The Curse is a more explicit retelling of the story that Jay has been pursuing in his lyrics his entire career. It is a description of both the positives and the negatives of “the life” as well as a career as a hip-hop superstar. The album is now regarded as a misstep in his discography, despite selling 545,000 copies in its first week, and being certified Triple Platinum in the US. These figures were likely propelled by the singles “‘03 Bonnie and Clyde” and “Excuse Me Miss”, which both achieved chart success. The double disc format was urged upon him by Young Guru who viewed it as Jay’s opportunity to join the likes of Biggie and 2Pac in releasing critically and commercially successful double albums.
Distribution of songs on The Blueprint 2: The Gift & The Curse by producer
Songs