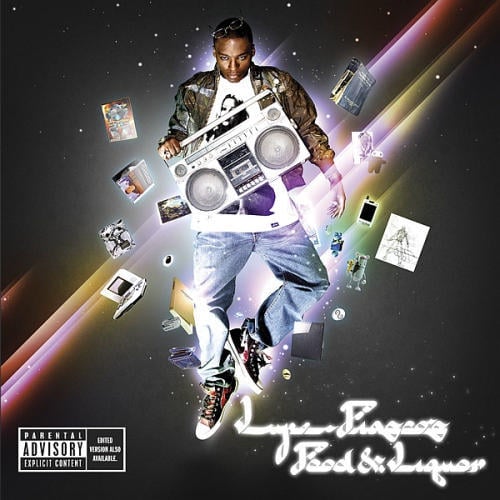 Food & Liquor is the debut album by Lupe Fiasco, released on September 19, 2006. Food & Liquor, in Chicago a lot of the corner stores are called Food & Liquor so I haven’t seen that anywhere else in the world like 80% of the stores in Chicago are called Food & Liquor. So it represents that to me and then on the other side I don’t drink or smoke. Alcohol is like a bad thing to me. So the liquor represents the bad and the food represents the good. - Lupe Fiasco The album features production from The Neptunes, Kanye West, Mike Shinoda, Craig Kallman, Prolyfic, Needlz, Soundtrakk, and Brandon Howard. Jay-Z, Chill, and Fiasco himself are credited as the executive producers for the album. The album received four Grammy Award nominations, including Grammy Award for Best Rap Album at the 49th Grammy Awards. Its fourth nomination produced a win as it won the Best Urban/Alternative Song at the 50th Grammy Awards for his track “Daydreamin'” featuring Jill Scott.
Distribution of songs on Lupe Fiasco's Food & Liquor by producer
Songs