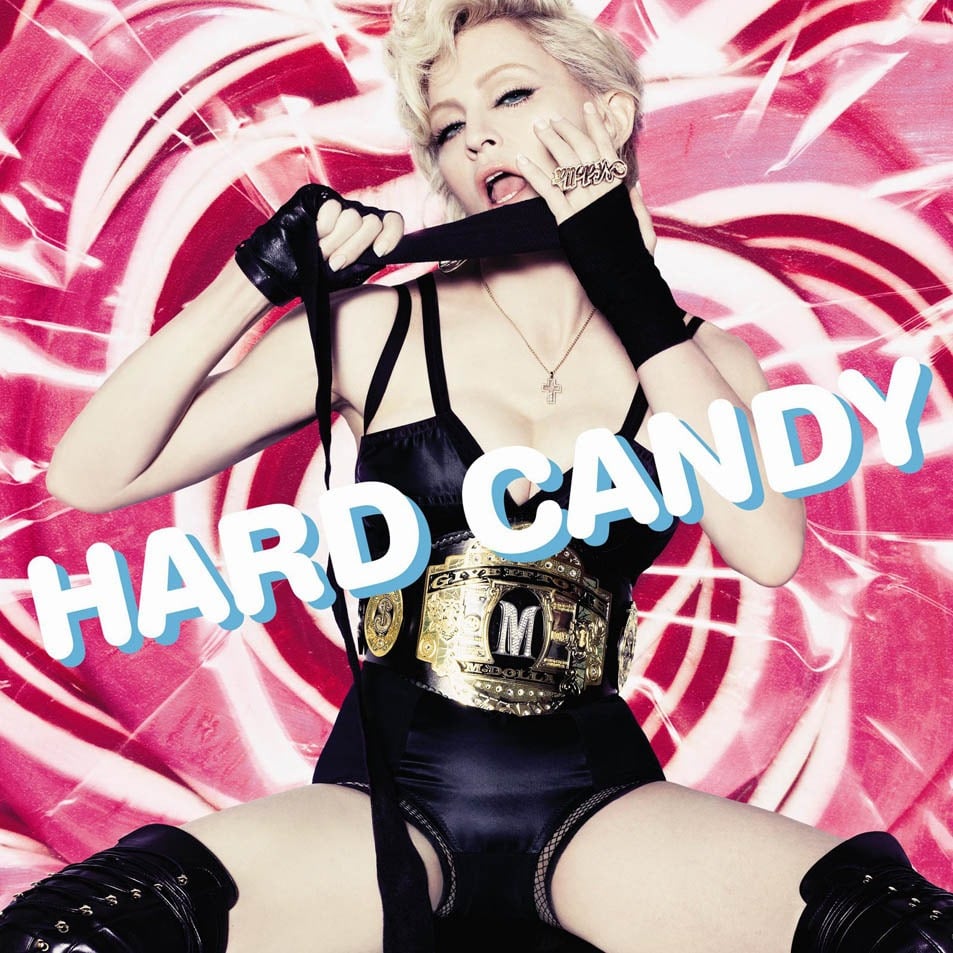 Hard Candy is the eleventh studio album by Madonna. It was released on April 19, 2008. The album was her final studio album with Warner Bros. Records, marking the end of a 25-year recording history. Madonna started working on the album in early 2007, and collaborated with Justin Timberlake, Timbaland and The Neptunes. The album has an overall R&B vibe, while remaining a dance-pop record at its core. Madonna had initially decided to portray herself as the Black Madonna for the cover art, and call it the same, but later felt the idea may have been seen as controversial. She instead named the album Hard Candy, which refers to the juxtaposition of toughness and sweetness. Following the album’s release, Madonna went on a promotional tour for the album, the Hard Candy Promo Tour, which was the first venture as part of her new contract with Live Nation. Futher, the album was ultimately promoted by the Sticky & Sweet Tour, the highest grossing tour of all time by a female artist (and then fourth, now tenth in general). Three singles were released from the album. The first, “4 Minutes”, was a worldwide success, topping the charts in 21 countries and becoming Madonna’s 37th Billboard Hot 100 top-ten hit. Other singles released were “Give It 2 Me” and “Miles Away”. With over 4 million copies sold, Hard Candy reached the top position on Billboard 200.
Distribution of songs on Hard Candy by producer
Songs