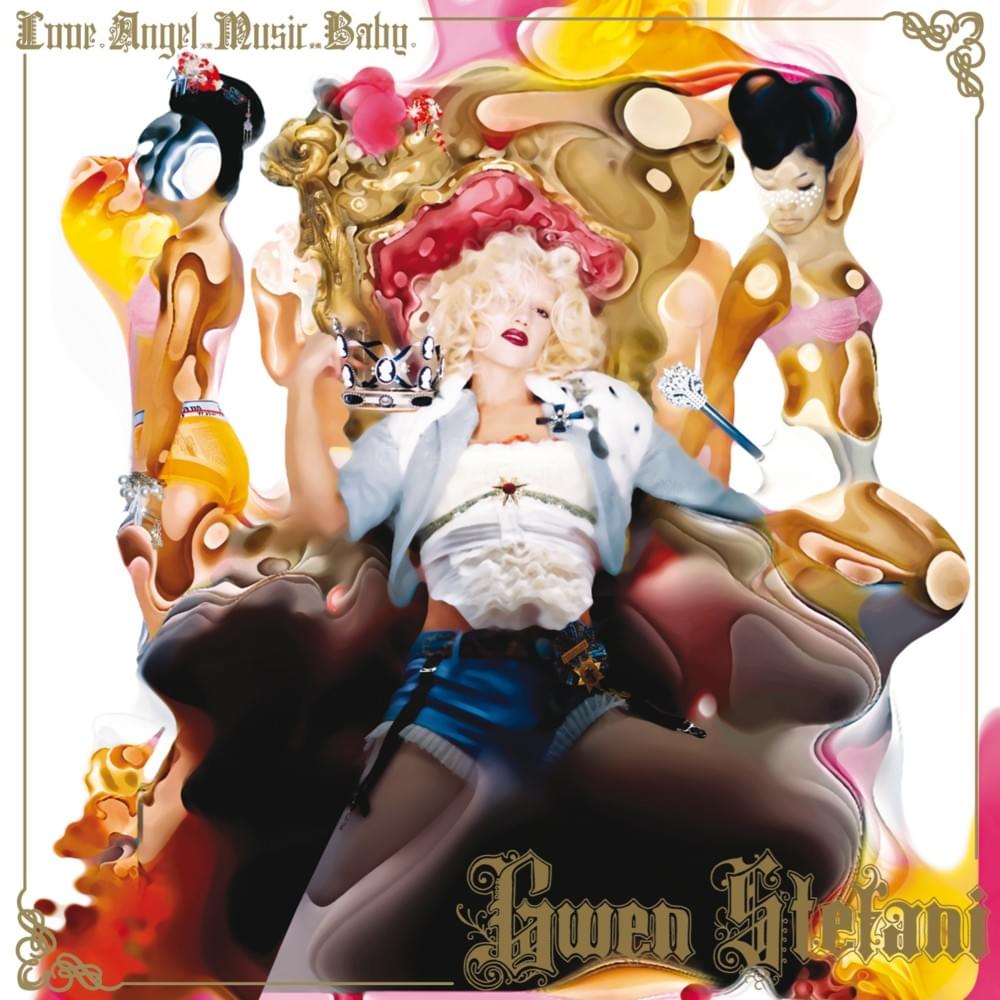 Love. Angel. Music. Baby. is the debut solo studio album by American singer Gwen Stefani, released on November 12, 2004, via Interscope Records. During the album’s release, it debuted at number five on the US Billboard 200, selling 309,000 copies in its first week. After her band No Doubt went on hiatus in early 2003, Stefani began creating material for a yet-untitled solo studio project. She wanted to create a “silly” dance-pop record to focus on while the men of No Doubt dealt with personal ventures. Working with artists such as Linda Perry, The Neptunes and Dr. Dre, the record was conceived to modernize the 80s music Gwen grew up listening to. Although many (including Stefani herself) initially doubted the records' success, it was wildly popular among critics and fans and garnered 6 nominations at the 48th Grammy Awards, including Album of the Year. “What You Waiting For?” was released as the lead single from Love. Angel. Music. Baby. The song became her first single as a solo artist to appear on the Billboard Hot 100 chart, peaking at #47. “Rich Girl”, featuring Eve, was released as the album’s second single and became Stefani’s first top-10 entry as a solo artist in the US, peaking at number seven on the Billboard Hot 100. “Hollaback Girl” was released as the third single, becoming Stefani’s biggest hit on the Hot 100 and her only number one single. “Cool” was released as the fourth single from the album, reaching a peak of #13. “Luxurious”, reaching a peak of #21, was released as the fifth single, with the [single version] featuring rapper Slim Thug. “Crash” became Stefani’s final single from the album. The song did not match the previous success of the previous singles, peaking at #49.
Distribution of songs on Love. Angel. Music. Baby. by producer
Songs