More Than a Woman - Toni Braxton 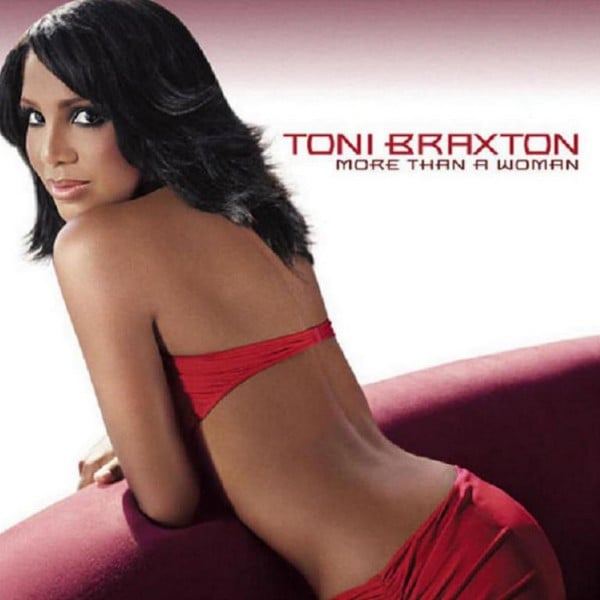 Toni Braxton’s fourth album, More Than a Woman, was released on November 18, 2002 through Arista Records. The album is a diverse blend of Toni’s signature ballads along with hip-hop and dance songs. Production was handled by Babyface, Rodney Jerkins, The Neptunes, and Toni’s husband Keri Lewis among others. Toni’s sister Tamar co-wrote and sang backup on several songs. The album debuted at number thirteen on the Billboard 200, selling 98,000 copies in its first week. It was certified gold by the RIAA on December 13, 2002 with support from the lead single “Hit the Freeway” with Loon. Toni planned to release “Me & My Boyfriend” as the album’s second single but JAY-Z & Beyoncé ’s “‘03 Bonnie & Clyde” was released around the same time–both songs heavily sampling 2Pac’s Makaveli track “Me and My Girlfriend.”
Distribution of songs on More Than a Woman by producer
Songs