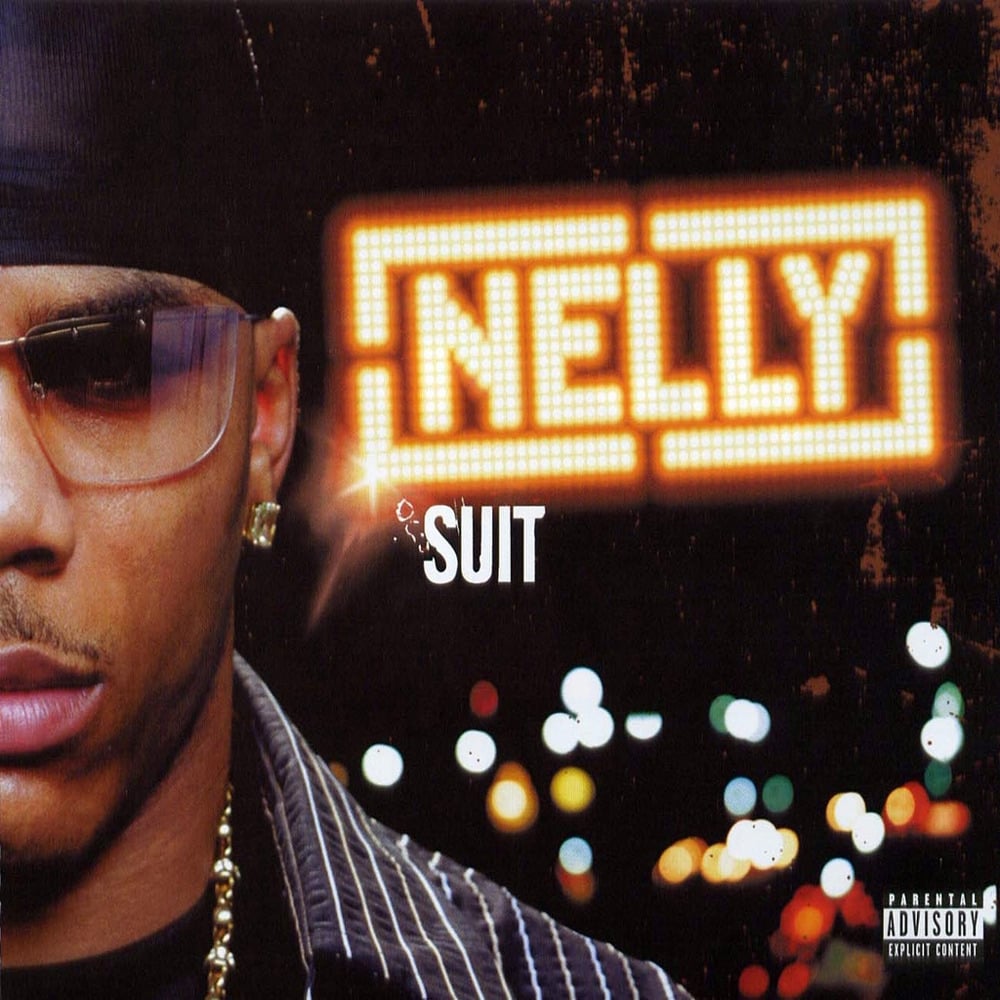 Suit is the second disc released on September 13, 2004, along with Sweat. The record didn’t spawn a hit until October when “Over and Over” was released to worldwide chart success. The record took the number one spot on Billboard, beating out Sweat and moving nearly 400k copies first week. It was nominated for a Grammy in 2005 for “Best Rap Album.” Nelly fused country with rap on the crossover smash “Over and Over,” with Tim McGraw appearing as a guest on the track. McGraw said in 20014: I get in there and say, ’It ain’t nothin’ country about this song,’ but it was fun to get in there and sing with him. People are really liking the song, so we’ll see what happens. Suit is designed to be a little more classy than Sweat, more business/high-end fashion focused. Nelly spoke to Hiponline in 2004 about the release: I thought it would be good and a hot feel. I wanted it to be hot. You know fans like the “Hot In Herre” and all that but they also like the “Dilemma.” That made it easier for me to do this.
Distribution of songs on Suit by producer
Songs