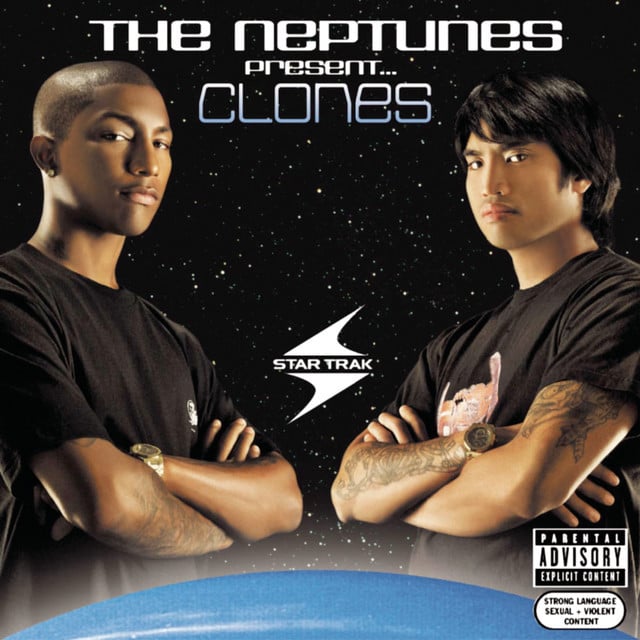 The Neptunes Present…Clones is a compilation album produced and released by American production duo The Neptunes (producer-singer Pharrell Williams and producer Chad Hugo). It was released on August 19, 2003 and has been certified Gold by the RIAA. The album featured four singles; “Frontin'” by Pharrell Williams, “Light Your Ass on Fire” by Busta Rhymes, “Hot Damn” by Clipse and “It Blows My Mind” by Snoop Dogg.
Distribution of songs on The Neptunes Present... Clones by producer
Songs