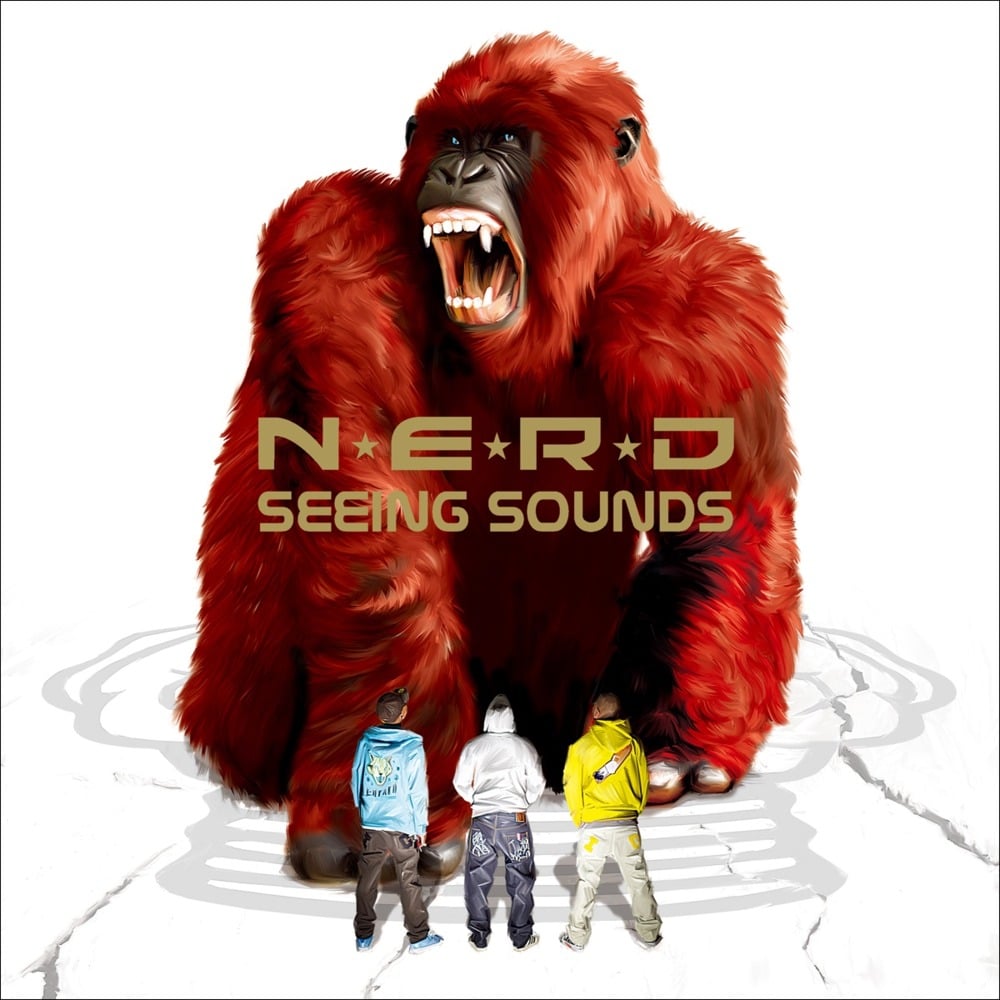 Seeing Sounds is the third studio album from R&B/Alternative Rock group N.E.R.D.. It’s considered one of their boldest and most experimental efforts, and fused elements of rock, electronica, and smooth pop. The title, as well as much of the albums subject matter, is based on Synesthesia, or the ability to experience ‘crossed’ responses to stimuli. Or to be more simply put, being able to see sounds. Many visionaries believe the condition is a positive creative attribute, and it’s used as a general metaphor for the recording of this album. Although this album is cited for its exploratory approach, the group remembers it as a very dark time and even admit it was an inspirational all time low. During an interview with The Guardian, band leader Pharrell Williams later reflected; That’s when we started losing ourselves. The label wanted uptempo records and we acquiesced. I was super-depressed. It was a tough fucking time Cuts such as “Sooner Or Later” and “Love Bomb” which can describe a tough breakup, financial fallout, or simply having a hard time are very reminiscent of this and their overall mood at the time. Seeing Sounds debuted at no.4 on the Billboard top 200 and has spent 23 consecutive weeks on the chart.
Distribution of songs on Seeing Sounds by producer
Songs