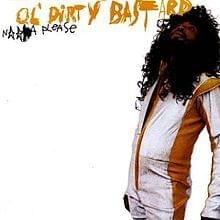 Nigga Please is the second studio album by Ol' Dirty Bastard, released on September 14, 1999. This was the last official solo album released before ODB’s death in 2004. The album was certified gold by the RIAA. Before its release Ol' Dirty Bastard announced multiple title possibilities for the album, including “God Made Dirt and Dirt Don’t Hurt Baby Jesus” and “The Black Man Is God, White Man Is the Devil.”
Distribution of songs on Nigga Please by producer
Songs