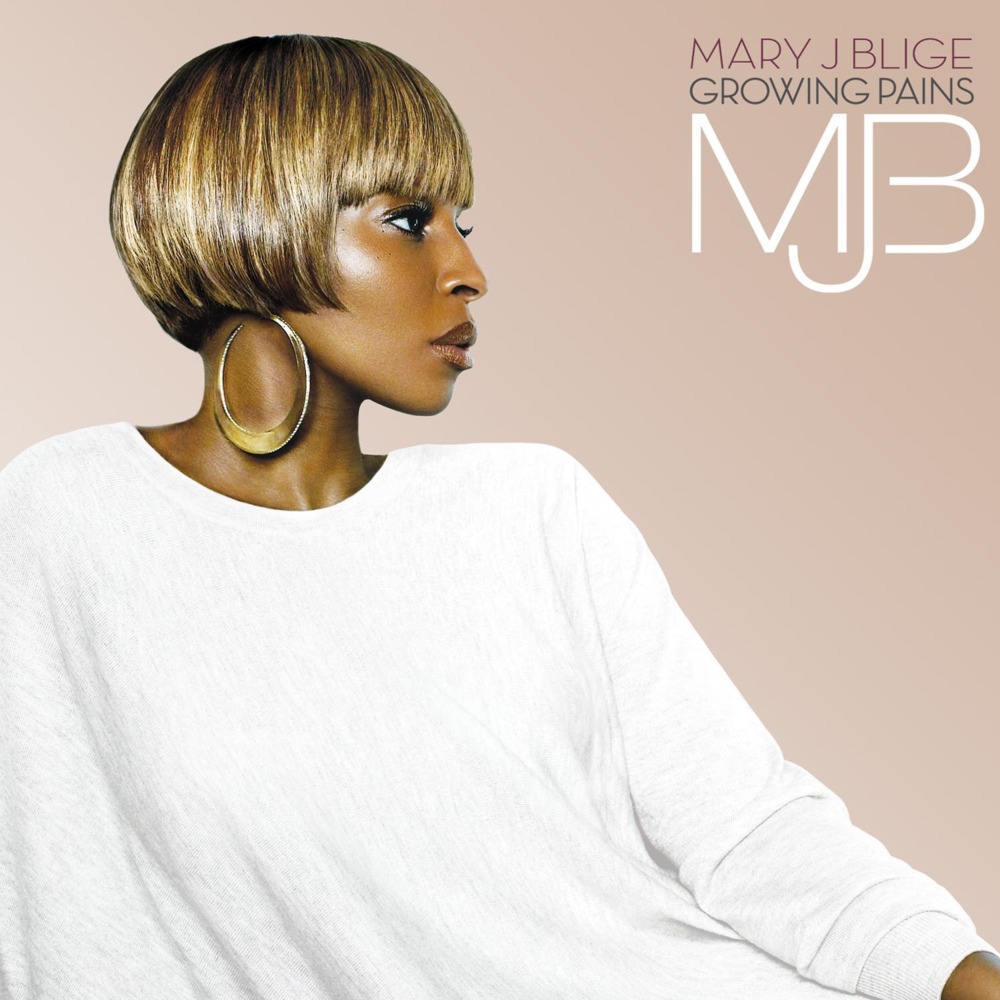 Growing Pains is the eighth studio album by Mary J. Blige. It was released on December 18, 2007 by Geffen Records, debuting at number 2 on the Billboard 200, selling 629,000 copies in its first week, marking the third time since Nielsen SoundScan began collecting data in 1991 that two albums sold more than 600,000 copies in a week in the United States, and number one on the R&B chart. In its second week the album climbed to number one on the Billboard 200 with 204,000 copies sold. In the UK, the album entered the charts at number 6, making it her highest-charting album there since No More Drama in 2001 with first week sales of 21,755. In an interview for Blues & Soul, Blige explained the significance of the album’s title, stating: I started writing the record right after that whole gigantic day I had at the Grammies last year. So it was important to me to get across to my fans that whole feeling I was going through of ‘How do I sustain this breakthrough? How do I continue to remind myself I’m in a better place?’… And the only way to continue to stay in that place is to GROW! I believe the majority of people out there, if something uncomfortable is going on in their lives, are forced to either go back to where they were, or to GROW – and that that tension is called PAIN. So the light, happy songs on the album are celebrating my growth. While the less poppy, darker tracks represent the places I’m forced to grow out of. So in that way the title represents the growth, as well as the understanding that – in order for anything to develop – it has to have some kinda tension behind it. Growing Pains was ranked number 29 on Rolling Stone’s list of the Top 50 Albums of 2007 and won the award for Best Contemporary R&B Album at the Grammys.
Distribution of songs on Growing Pains by producer
Songs