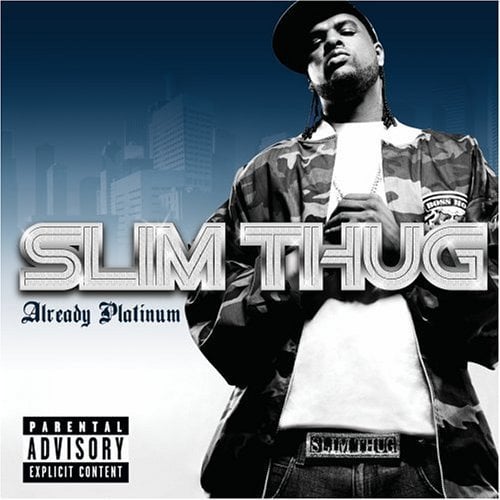 Already Platinum is the debut album by American rapper Slim Thug. The album was released on July 12, 2005 on Pharrell and Chad Hugo’s Star Trak label. The original release date was slated for February 2005, but heavy bootlegging and numerous delays held the album back, forcing a vast majority of its original track listing to be replaced. The original track listing included the original version of the track “I Ain’t Heard of That,” which featured Jay-Z. In an interview with XXL, the rapper explained the album title does not suggest he will go platinum, but that his lifestyle (before he got a record deal) was already similar to that of rappers who had reached the platinum status. In an interview on The Tyra Banks Show, mentor Pharrell revealed that he was a millionaire before the two met, and he especially liked that about him. He continued to say that he was “already platinum,” the album name was just in confirmation of this. The album debuted at number 2 on the Billboard 200 with 130,000 copies sold in the first week released. Since then the album has sold over 500,000 copies
Distribution of songs on Already Platinum by producer
Songs