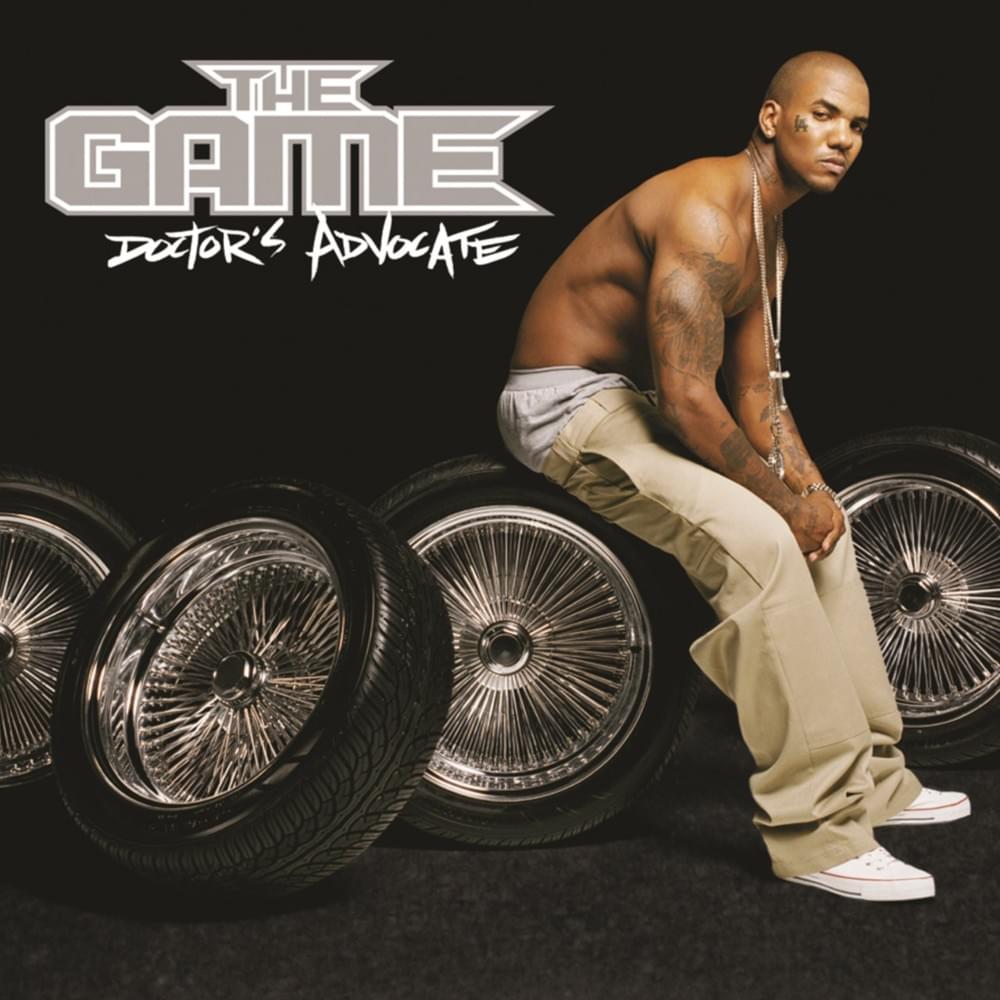 Released on November 14, 2006, the sophomore album Doctor’s Advocate by West Coast emcee, The Game, boasts features from the likes of Nas, Busta Rhymes, Kanye West, and Nate Dogg among others. Production is handled by Scott Storch, Just Blaze, Hi-Tek and Swizz Beatz to name a few. Despite the absence of Dr. Dre on the project, and his departure from Aftermath, the album still managed to perform well, turning over 360,000 in its first week jumping to #1 on the Billboard 200. Game’s lyricism shows a vast improvement and his bassy, terrific and raspy voice bring out his personality on the album’s cloudy, melodic heavy West Coast sounding production—whether it is somber sounding personal tracks like “Ol' English”, and “Doctor’s Advocate,” or club bangers like “Let’s Ride” and “It’s Okay (One Blood)”. Even though the album was mostly recorded on the East Coast it still manages to sound like a West Coast project with its combination of sampling and live instrumentation. The album’s title and the titular track that follows pays tribute to Game’s relationship with Dre, using words like “father” and “family” on numerous songs to mark their relationship—Dre’s name is heavily mentioned throughout the album as well. After his relationship with G-Unit went south, Game parted ways with Aftermath and signed with Geffen which was still under the Interscope umbrella. The problems caused by Game pushed the label not to show the same support they had for him. In an interview with HipHopDX, Game unveiled how he ‘convinced’ the label to press his album. I didn’t know what Interscope was gonna say but when I came back [from NY] I came back with the album and “One Blood”. Without having label support I made “One Blood” I gave it to Jim Jones he gave it to Kay Slay who started playing it in clubs then DJ Clue, Angie Martinez, Funk Flex and everybody started playing it in clubs. The L.A. radio stations picked up on what it was and started playing it too. All of a sudden the suits & ties at Interscope realized they were getting spins on a record.. [I mean] it wasn’t Interscope senction so they jumped on the dick and they put the Doctor’s Advocate out. Shooting “Wouldn’t Get Far” with Kanye with money out my pocket. I understand 50 sold 10 million on Get Rich or Die Tryin' so they had to stay loyal to the moneymaker. I made the money back but that’s what happened. On the Doctor’s Advocate Bonus DVD Game also explains: The concept for the Doctor’s Advocate is payback. For all the [niggas] that think I can’t do it. For all the [niggas] that said I wouldn’t be able to do it without Dr. Dre. For all the [niggas] that said 50 killed my career. For all the [niggas] who just hate me individually and I hate you too. This is it right here for all the [niggas] that don’t know how to swallow pills. When the Doctor’s Advocate is medicine. And you gonna take it if I gotta force feed it to you. That’s what this album is to me, to my fans, to the world, to Hip-Hop. My favourite joint on the album which is called “Compton” where I pay homage to my hometown, my city, where I’m from. Ever since the album’s release, it has been heavily regarded as Game’s best body of work by his fans and himself.
Distribution of songs on Doctor’s Advocate by producer
Songs